Flood Re is a joint industry and government-sponsored scheme to enable those households at highest risk of flooding to be able to have affordable flood cover.

An increase in flooding 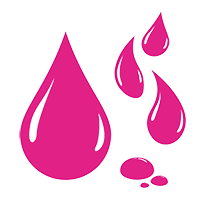 The average amount of rainfall has increased 6-8%1 since the 1980s.

The growing impact of flooding

Flooding can be devastating to any home.

If your home is badly damaged due to flooding, it may take a year or more for it to be restored and become habitable again; mainly due to the time it takes for the property to be dried out4.
The average expected pay out for each flood claim is now around £50,000 compared with £31,000 in 2013/145.
Having property insurance with flood cover can be crucial when getting a mortgage, so if flood insurance became harder to get and more expensive, this could have serious repercussions for the property market as a whole.
As a result, a not for profit initiative has been developed by the insurance industry with the Government called Flood Re. Its purpose is to ensure UK homes at the highest risk of flooding can get affordable flood cover.
Further information can be found on the Flood Re website.

Why has Flood Re been set up?

We have worked with many customers over the years both to support them and restore their homes after the devastating effects of being flooded. Methodist Insurance are supporting the Flood Re scheme to represent the homeowners we insure who are at risk of flooding.

How does Flood Re work?

All insurers pay a ‘levy’ into a central fund held by Flood Re.

In addition, insurers can choose to place (or cede) the flood risk part of any home insurance policy with Flood Re. For these policies the premium for the flood element will be based on the property’s Council Tax band and the flood excess will be £250.

The levies and the flood premiums collected by Flood Re will then be used to pay for flood claims on policies sent to them by the insurers.

What does this mean for me?

This makes no difference to the way you buy your home insurance and any claims will continue to be handled by Methodist Insurance as before.

If your home is to be included in the Flood Re scheme, we will contact you ahead of your renewal date with details of your amended premium including the excess of £250 for flood.

Will this affect my premium?

Your premium could be affected if your property is identified by us as being at risk of flooding.

How do Methodist Insurance identify if my property as at risk of flooding?

We have invested in flood mapping software tools that enable us to look at properties on an individual basis and provide bespoke underwriting.

Do all insurers use the same data when interpreting which areas are likely to flood?

No, insurers do not all use the same data sources. The information each insurer uses is commercially sensitive and you may find that insurers will differ in their approach.

Where can I go for more information about Flood Re?

For more information about how Flood Re works and the benefits visit the Flood Re website.

You can also find information about flood prevention and protection in the risk management section of our website.

Speak to the team on:

Protect your home and help your favourite charity

We’ll give you back 20% of your first year’s premium for the charity or church of your choice.

How to manage slips and trips

Slips and trips are a common causes of accidents in Methodist churches. Many may only cause minor injuries, but others can be severe and in some cases even disabling.

More information for How to manage slips and trips

What are cyber risks and what can your church do to protect themselves?

All entertainment events are subject to the Health and Safety at Work Act. These are the key points to consider when planning and hosting church events and activities.